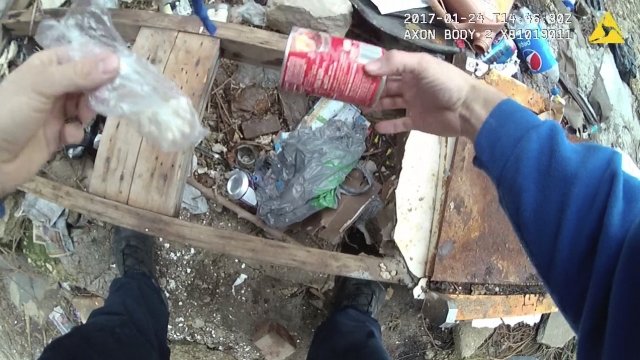 By Grant Suneson
August 3, 2017
Prosecutors will drop dozens of cases after footage appeared to show a Baltimore police officer planting drugs in an alley.
SHOW TRANSCRIPT

At least 41 criminal cases in Baltimore will be thrown out and dozens more are in jeopardy after a police officer's body camera appeared to show him planting drugs before an arrest.

The video, released in July, shows the officer putting pills in a discarded can in an alley, then he activates his body camera. A few seconds later, he goes back to the can and pulls the pills out. He's since been suspended.

Baltimore officers' body cameras are always rolling, but the footage isn't saved unless the camera is activated. When an officer turns their camera on, the previous 30 seconds are automatically saved. That seems to be the time in which the officer but the pills in the can.

Police officials said that 30 seconds might not show the whole story, and the bust could have been perfectly legitimate. 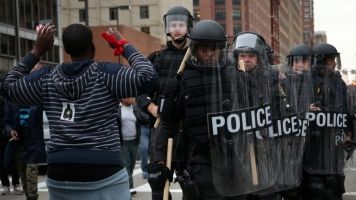 "It's certainly a possibility that we're looking into, to see if the officers, in fact, replaced drugs that they had already discovered in order to document their discovery with their body-worn cameras on," Baltimore Police Department Commissioner Kevin Davis told reporters.

This may not be the only similar incident. The Maryland public defender's office says state attorneys have more body camera footage that appears to show other officers "working together to manufacture evidence."

Prosecutor Marilyn Mosby said a second video is under review at internal affairs.

Baltimore has had a rocky relationship with its police department for the last few years. Protesters took to the streets after Freddie Gray died from a spinal cord injury he sustained in the back of a police van.

All six officers involved were either acquitted or had the charges dropped.