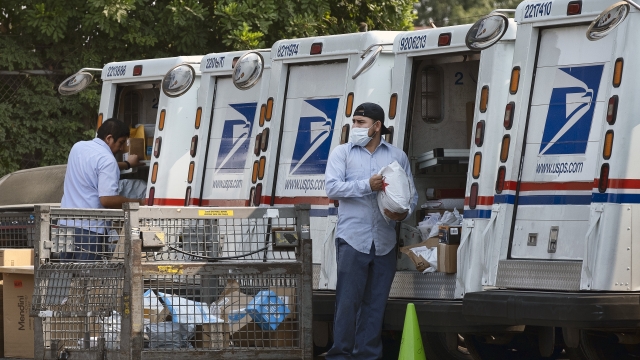 And election officials worry it could lead to rejected ballots.

The Associated Press first reported on-time delivery targets are falling short by wide margins in parts of Minnesota, Wisconsin, Michigan, Pennsylvania and Ohio. All of those are battleground states.

If a ballot is missing a witness signature, or has an unsealed envelope it may be too late to straighten that out.

A Wisconsin Elections Commission official said, "As we get closer to the election, that may be difficult. it depends on how many ballots are coming in at the last minute."

The deadline is especially tight for Michigan voters who have yet to return absentee ballots.  Those must be received by Election Day.

But, the postal district covering the eastern third of Michigan, which includes Detroit, is consistently one of the worst performing in the nation. Earlier this month, only 71 percent of mail arrived on time.