How Ballistic Tests Are Helping Find A Serial Killer In California 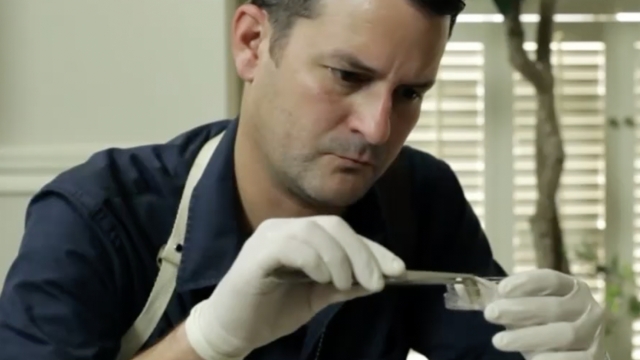 A potential serial killer in California is still on loose, but the Stockton Police chief is confident ballistic tests will help identify the killer.

"That safety message we've been messaging is to don't be alone. If you have to be out at night, you know that area, be aware of your surroundings, all those good things, you know, to minimize the opportunity to be a victim," said McFadden.

Police have linked seven shootings — six of the victims killed dating back to April 2021.

Ballistic tests have linked the Stockton cases to one in Oakland, about a 90 minute drive away.

"This forensic science that we have these days is very helpful to our mission," said McFadden.

Ballistic science continues to improve, essentially allowing crime labs to ID the fingerprint of a bullet fired from a gun.

How does testing work? Crime lab scientists look at 2D images or 3D maps. Different police departments and ATF have databases they can search and compare.

Stockton, California police said at least six men have been fatally shot and one woman wounded in what's believed to be "mission-oriented" attacks.

"What we're trying to do right now in this is come up with new algorithms, new protocols and statistical calculations to bring us closer to what DNA is doing," said McFadden.

Alan Zheng is a mechanical engineer with the National Institute of Standards and Technology, or NIST.

NIST sets the benchmarks so the way bullets are compared is accurate and the same across the board.

They run a public database of tool marks, which are microscopic markings that a gun's mechanisms make on different bullets when they're fired.

There are 115 total published and proposed forensic science standards as of October 4th.

Zheng says the goal is to get ballistic identification to the accuracy of DNA and thinks that's about three years away.