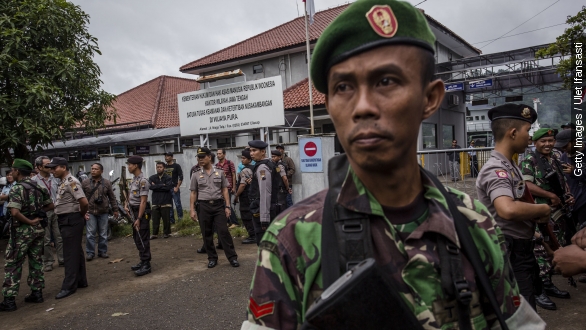 After spending almost 10 years behind bars, two Australian drug smugglers, Andrew Chan and Myuran Sukumaran, are facing imminent execution after an Indonesian court rejected what could be their final appeal.

The two men have been on death row since 2006 after being convicted as ringleaders of the Bali Nine drug smugglers. Their latest appeal against a rejection of clemency from the country's president was thrown out in court Monday.

Without that appeal, Chan and Sukumaran have next to no legal recourse left against the death penalty. Both men are part of a group of 10 prisoners next in line to be executed by firing squad, though a formal date for the execution has not been set.

Drug trafficking has been a capital offense in Indonesia since 1997, and newly elected president Joko Widodo seems keen to enforce the strictest punishments. In December, he rejected clemency for 64 drug offenders on death row. A month later, he signed off on the execution of six more drug offenders. (Video via Arirang)

Despite international outcry, Widodo claims the harsh sentences are necessary to deal with the country's severe drug problem.

He told CNN's Christiane Amanpour: "18,000 people per year die because of narcotics. Indonesia is in the position of drug emergency."

Porous borders and organized crime have contributed to Indonesia's drug problem. The head of the United Nations Office on Drugs and Crime in the country told Deutsche Welle the area is "a major hub for drug trafficking." (Video via ABC News 24)

Widodo's tough stance on narcotics is politically popular in Indonesia. A writer for The Conversation notes there are "many vocal supporters for the death penalty for drug traffickers. ... In recent years, the Indonesia public reacted negatively when the government pardoned people convicted for drug trafficking."

But the executions have caused diplomatic problems for Indonesia abroad. Brazil and the Netherlands have already withdrawn their ambassadors from the country, and Australia might follow suit if the two Australian members of the Bali Nine are executed as planned.