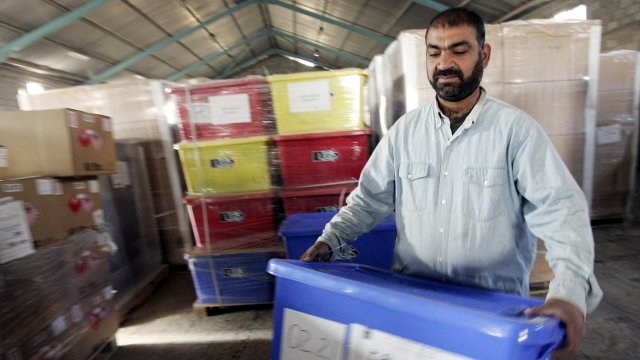 A warehouse in Baghdad that stored ballot boxes from Iraq's parliamentary election last month caught fire on Sunday. And the country's prime minister says it's part of a plot to hurt Iraq's democratic process.

This comes ahead of a planned recount amid allegations the electronic voting system was manipulated. It's unclear how the fire started or what the extent of the damage was.

Iraqi Prime Minister Haider al-Abadi said: "We will take all necessary measures and strike with an iron fist all who undermine the security of the nation and its citizens."