Back To The Freeway: New DeLoreans Expected In 2017 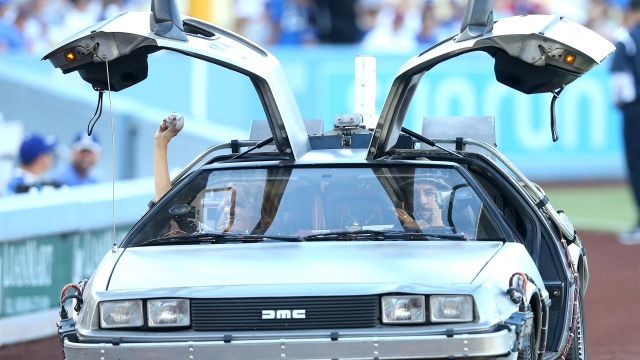 SMS
Back To The Freeway: New DeLoreans Expected In 2017
By Grant Suneson
By Grant Suneson
January 27, 2016
The DeLorean Motor Company is revving back up as a new law gives low-volume carmakers relaxed standards on replica cars over 25 years old.
SHOW TRANSCRIPT

We may not have the hoverboards that "Back to the Future II" promised us, but you could soon buy your very own DeLorean.

"Are you telling me you built a time machine out of a DeLorean?" Marty McFly asks.

The Low Volume Motor Vehicle Manufacturers Act exempts carmakers that are producing under 500 vehicles annually from normal safety standards as long as they're making replica cars, like DeLoreans.

The act lets the DeLorean Motor Company put a new engine into the body of an old DMC-12 model and have it be street legal, much to the delight of CEO Stephen Wynne.

"It’s a green light to go back into production that was prohibited," Wynne said.

But even though the company can legally make hundreds of cars per year, there’s still a big challenge to making them, since no one’s built a new DeLorean in more than 30 years.

Wynne said there should be enough parts for around 300 DeLoreans, and he hopes to sell them for less than $100,000. The company is hoping to have the first car ready in early 2017 and start producing one a week thereafter.