'Baby Driver' Takes No. 2 At The Box Office But Still Wins The Weekend 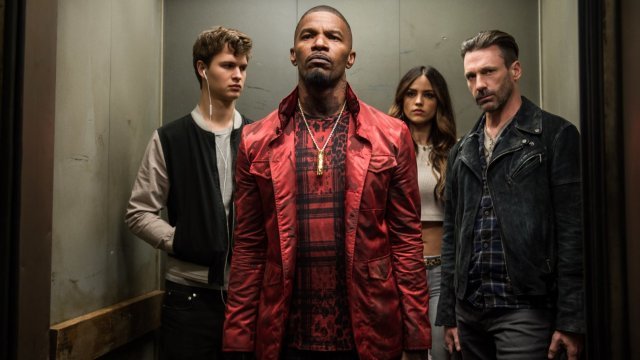 SMS
'Baby Driver' Takes No. 2 At The Box Office But Still Wins The Weekend
By Jamal Andress
By Jamal Andress
July 2, 2017
With 196 reviews tallied, "Baby Driver" has a 97 percent approval rating on Rotten Tomatoes — and for good reason.
SHOW TRANSCRIPT

After four movies' worth of mini yellow henchmen and conflicted supervillains, maybe, just maybe, the "Despicable Me" franchise has come to an end. But probably not.

Taking the No. 1 spot this week is "Despicable Me 3," bringing in an estimated $75 million in its opening weekend. This debut is lower than analysts expected, but not the lowest in the franchise.

The original "Despicable Me" had the smallest debut but ultimately went on to gross over half a billion dollars ($543 million) at the box office.

But the more impressive thing about this franchise is the quality of all the films. Aside from the "Minions" stand-alone movie, all of the "Despicable Me" films have received critical praise.

And by the time you get to movie three in a franchise, a good film is something to be thankful for. "Tokyo Drift," anyone?

The real winner this weekend is "Baby Driver," bringing in an estimated $21 million in its first week out. By the end of the holiday weekend, this film will most likely have made its money back. And what's more, the word of mouth surrounding this film is spectacular.

With 196 reviews tallied, "Baby Driver" has a 97% approval rating on Rotten Tomatoes — and for good reason.

"Every scene is excellent to behold, from the many excellent car chases to him just getting coffee for the crew," IGN's Terri Schwartz said.

The last film to cash in big from a great Rotten Tomatoes score and an original idea? "Get Out." The cultural phenomenon managed to take a $5 million budget and cash out at $251 million worldwide.

At No. 3 this week is "Transformers: The Last Knight," bringing in an estimated $17 million in its sophomore weekend.

As for next week — my spidey senses are officially tingling.