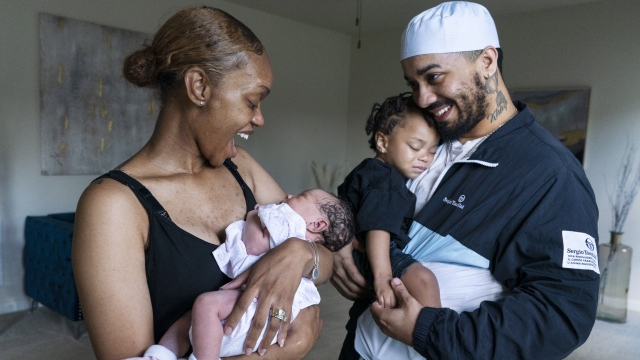 Economic inequality has consequences. For poor people, it can hit everything from life expectancy to education.

But a new program in the nation's capital is trying to defeat those outcomes.

It's called Baby Bonds, though it works more like a trust fund.

Children of the city's poorest residents will get up to $25,000 by the time they reach adulthood.

The idea was first proposed by two economists in 2010 and was brought to the mainstream by a 2016 presidential candidate.

Sen. Cory Booker was an early supporter of the program in D.C. and emphasized that while this helps low-income families across race, there's one in particular that struggles more.

"We need to put forward a bold, aspirational vision for racial and economic justice in this country. I think Baby Bonds is a foundational piece of that," he said. "Right now, we live in an America where the members of the Forbes 400 wealthiest American households hold more wealth than all Black families in the United States combined."

The racial wealth gap is undeniable. Data from Brookings shows "the median white American in their early thirties had $29,000 more wealth than the median Black American of the same age." The gap is even bigger among older adults.

"Wealth is functional. Wealth allows you to generate other forms of resources and provides economic security," said Darrick Hamilton, one of the two economists who proposed Baby Bonds.

He testified before a Washington, D.C., council committee, arguing the idea isn't unprecedented in American life.

"This idea of Baby Bonds — although I get a lot of credit for architecting it in its modern-day form — is as old as the nation's founding. Thomas Payne talked about a scenario of Baby Bonds where he said that every American should be endowed with some plot of land so that when they become an adult they'll be able to attend to that land and have the benefits of economic security of the benefits of that land."

Critics say it's expensive and unproven.

But Hamilton points to post-depression social programs launched by President Franklin D. Roosevelt and others.

"I think we can look into our New Deal past and see that a White asset-based middle class was formed as a result of government entitlement," Hamilton said. "Programs like the GI bill, the Fair Housing Act that literally seeded Americans with some capital resources."

The first four years of the Baby Bond program is estimated to cost $32 million.

Still, the program is currently underway in D.C. and will likely be watched closely by other states considering the same idea.