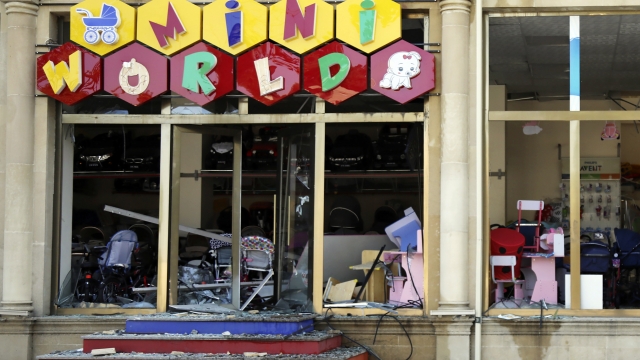 SMS
Azerbaijan, Armenia Blame Each Other As Ceasefire Breaks
By LeeAnne Lowry
By LeeAnne Lowry
October 11, 2020
The Russia-brokered ceasefire was a result of 10 hours of negotiation.
SHOW TRANSCRIPT

Azerbaijan and Armenia accused each other Sunday of attacking cities and villages in spite of a cease-fire deal that attempted to end the worst conflict between the countries in decades.

Azerbaijani officials claim the Armenian attacks killed nine civilians and wounded 30 others. Azerbaijan's president is calling it a "war crime," and promising to retaliate. Armenia has maintained its innocence and blamed Azerbaijan for breaking the truce, though it didn't say if any of its people were hurt.

The cease-fire was a result of 10 hours of talks with Russia's foreign minister as a mediator. Russia has a security pact with Armenia.

The ongoing violence is centered on the disputed territory Nagorno-Karabakh, which is legally part of Azerbaijan but has been controlled by Armenians for the past three decades.

Last week, thousands of Armenian-Americans protested in Washington, Los Angeles and San Francisco to protest what they called a lack of action and urgency from the Trump administration and weak news coverage from U.S. media.