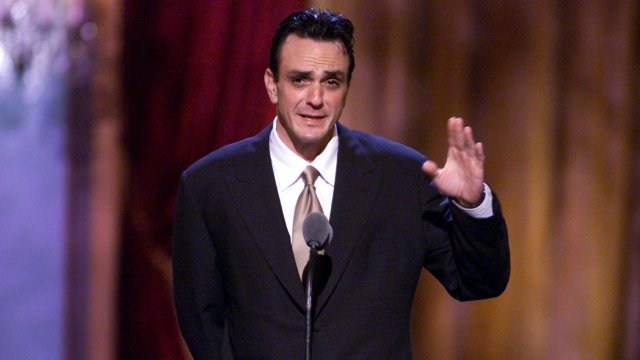 SMS
Hank Azaria Willing To 'Step Aside' From Playing Apu On 'The Simpsons'
By Ethan Weston
By Ethan Weston
April 26, 2018
There's been a lot of controversy surrounding the character in the past few years.
SHOW TRANSCRIPT

Hank Azaria, voice of Apu on "The Simpsons," says he's "willing to step aside" from the controversial role.

Azaria made the comments on "The Late Show with Stephen Colbert." He told Colbert his "eyes have been opened" and he'd be willing work to transition Apu into something new.

The statement comes after the release of the documentary "The Problem With Apu" by comedian Hari Kondabolu. The documentary examined the character and his stereotypical representation of South Asian people.

For its part, "The Simpsons" seemed to dismiss the controversy surrounding Apu in an episode earlier in April.

In the episode "No Good Read Goes Unpunished," Lisa says: "Something that started decades ago and was applauded and inoffensive is now politically incorrect. What can you do?" The show pans over to a framed photo of Apu.

Azaria said he didn't agree with the show's response to the controversy.