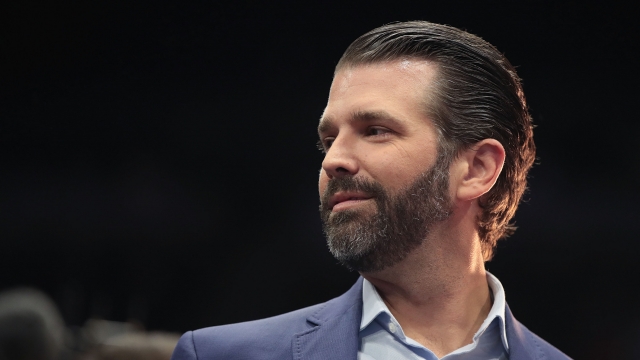 The Senate Intelligence Committee has reportedly subpoenaed Donald Trump Jr. in connection with its Russia investigation.

During that testimony, Trump Jr. said he was only "peripherally aware" of proposed plans to build a Trump Tower in Russia. But President Trump's former lawyer Michael Cohen said in his testimony to the House Oversight and Reform Committee that he'd briefed Trump Jr. on the project multiple times during the 2016 presidential campaign.

This marks the first congressional subpoena of one of President Trump's children.

Trump Jr. was featured in special counsel Robert Mueller's report in a section about his involvement in a 2016 meeting between the Trump campaign and a Kremlin-backed lawyer.