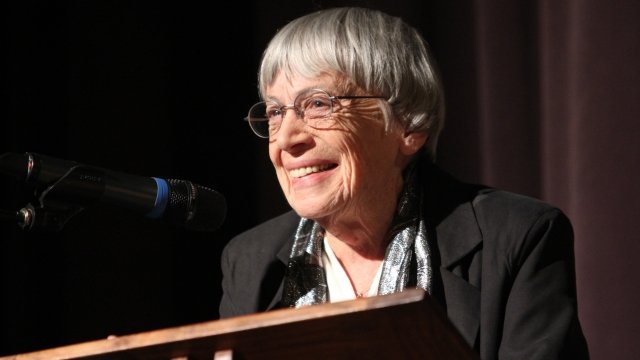 "The Left Hand of Darkness," the most famous of her more than 20 novels, won both the Nebula and Hugo awards and told the story of a planet with genderless beings. Le Guin's work has been translated into more than 40 languages.

In 2003, Le Guin was named a grand master of science fiction by the Science Fiction and Fantasy Writers of America. She was one of only five women to receive that honor.