For The Average American, 'Tis The Season To Eat More Than Usual 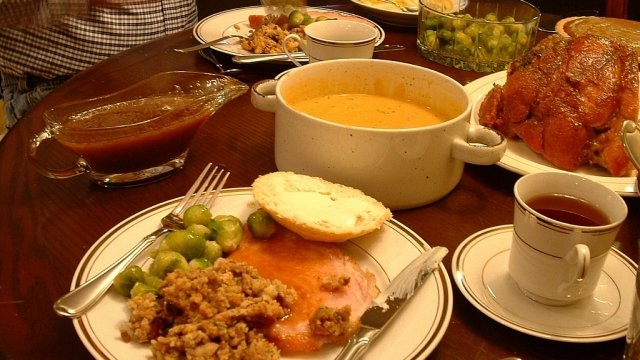 SMS
For The Average American, 'Tis The Season To Eat More Than Usual

By Lindsey Theis
November 21, 2018
Thanksgiving is just the start of the overeating season, and research shows it can have lasting effects.
SHOW TRANSCRIPT

From Friendsgiving to Thanksgiving, Hanukkah to Christmas to New Year's, the holidays are full of good food. Various research shows that during this holiday season, we tend to eat more than usual and gain weight — and that we often don't lose it afterward.

The average American eats a massive amount of calories on Thanksgiving Day. Some research shows that trend continues for over a month, for an average of 619 extra calories a day from Thanksgiving to New Year's Day. Some dietitians say it's because there's more food around to eat during the holidays and because people tend to be more stressed and may emotionally binge.

That can lead to lasting weight gain. One study of college students showed they gained more than a pound over the Thanksgiving holiday. Another found during the six weeks between Turkey Day and New Year's, some people gained 5 pounds or more and didn't lose the weight in the weeks afterward. 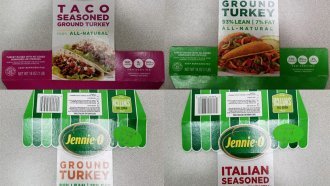 Over 91,000 Pounds Of Ground Turkey Recalled Ahead Of Thanksgiving

But being overly restrictive during our holiday meals can be tricky, too. Research shows if we restrict foods, we often want to eat them more.

Some nutrition experts suggest making holidays healthier by simply scaling back on the salt or sugar in a recipe. You can also use broth instead of butter in some dishes like mashed potatoes to reduce their fat content. Experts also suggest opting for healthier sides like cranberries and sweet potatoes, which are higher in plant-based nutrients.