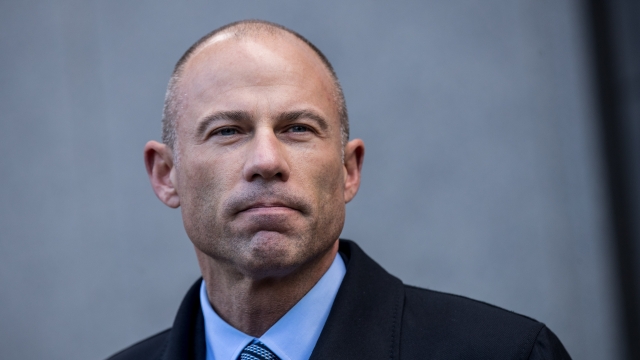 SMS
Michael Avenatti Pleads Not Guilty In Wire, Tax And Bank Fraud Case
By Ahmed Jawadi
By Ahmed Jawadi
April 29, 2019
Avenatti pleaded not guilty to a slew of charges, including embezzling millions of dollars from clients and ​failing to pay millions in taxes.
SHOW TRANSCRIPT

Avenatti was indicted earlier this month on allegations of embezzling millions of dollars from five of his clients, failing to file income tax returns, failing to pay millions in taxes, submitting fraudulent loan applications and concealing assets from a bankruptcy court. The lawyer, who is probably best known for representing Stormy Daniels in a high-profile legal battle against President Donald Trump, pleaded not guilty to all charges.

Avenatti is also facing a separate case in which he's accused of attempting to extort $20 million from Nike.

The fraud trial is scheduled to begin on June 25. If convicted on all charges, Avenatti could face a maximum of 335 years in federal prison.