Autopsy Scheduled For Body Believed To Be Missing Iowa Woman 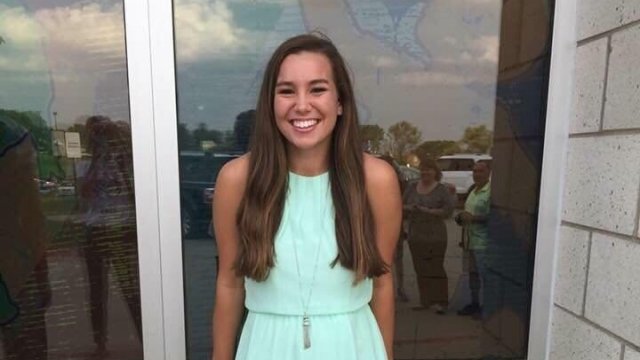 An autopsy on the body believed to be a missing Iowa student is scheduled for Wednesday.

Mollie Tibbetts went missing July 18 while going for a run in the small town of Brooklyn, Iowa.

Investigators told CNN they discovered the body in cornfield Tuesday. They were reportedly led there by Cristhian Rivera, who has been charged with first-degree murder.

Officials said Rivera confessed to following the 20-year-old college student on July 18, and that Tibbetts told him if he didn't stop following her she would call the police.

"He in turn chased her down, and then he tells us that at some point in time he blacks out, and then he comes to near an intersection [near] which we believe he then placed Mollie," said Iowa Division of Criminal Investigation Agent Rick Rahn.

On Tuesday, U.S. Immigration and Customs Enforcement reported Rivera is an undocumented immigrant. However, on Wednesday, his attorney filed a court document to have law enforcement stop referring to Rivera that way, saying he was in the country legally, working at a farm.The brother of the farm's owner confirmed the document.