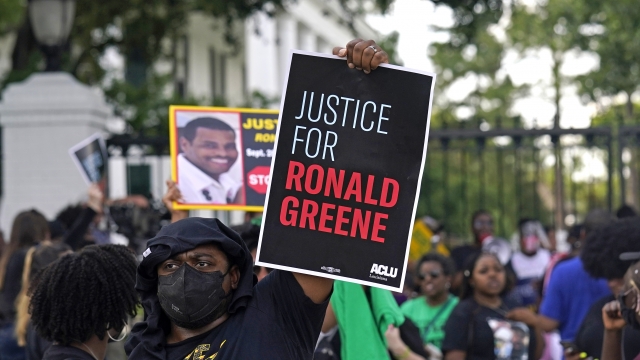 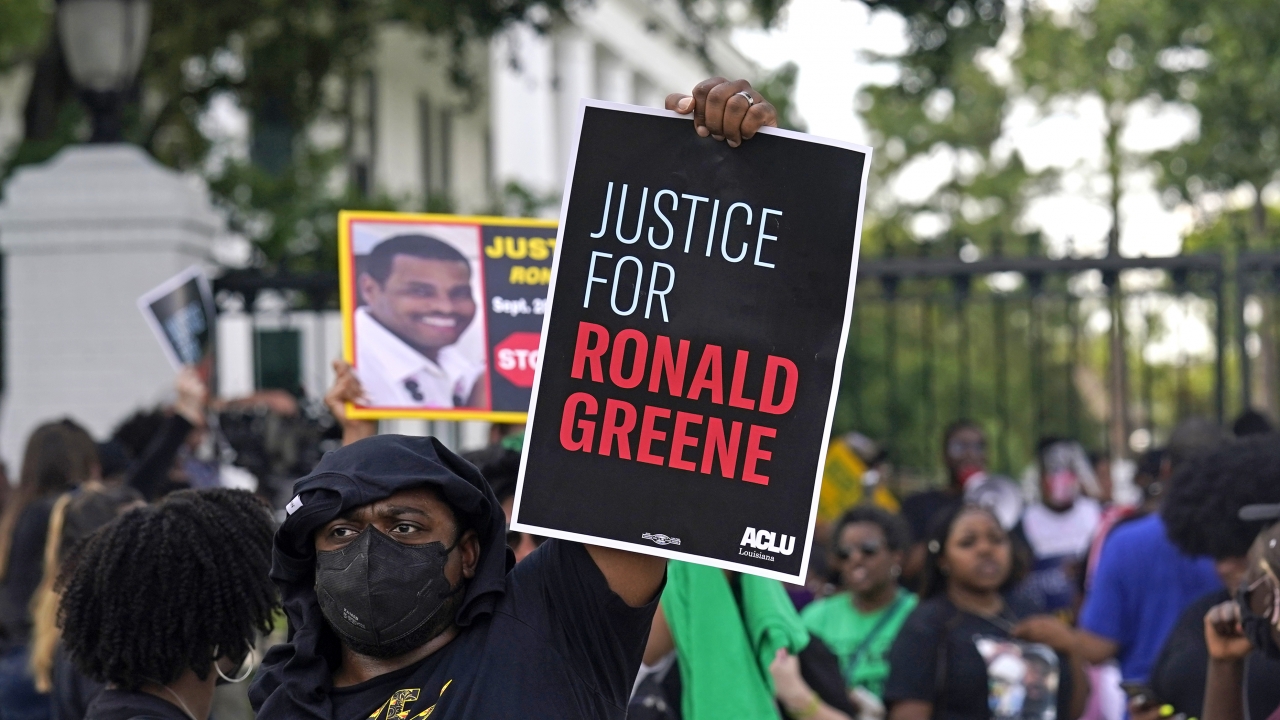 A reexamined autopsy ordered by the FBI in the deadly 2019 arrest of Ronald Greene has rejected the Louisiana State Police claim that a car crash caused his fatal injuries, narrowing prosecutors' focus on the troopers seen on body camera video beating, stunning and dragging the Black motorist.

The unusual second look at what killed Greene confirmed what his family suspected the moment they saw his bruised and battered corpse and his car with only slight damage: A minor crash at the end of a high-speed chase had nothing to do with his death.

The FBI this week received the new forensic review it commissioned in light of the long-buried body camera footage, vehicle black box data and other evidence the state police withheld from Greene's original autopsy. The review, which did not involve another examination of the body, attributes Greene's death to a series of factors, including troopers striking the 49-year-old in the head, restraining him at length and his use of cocaine.

The new review notably removes the crash and "agitated delirium" from the list of causes in Greene's original autopsy, according to a person familiar with the findings who wasn't authorized to discuss the federal inquiry and spoke to The Associated Press on the condition of anonymity.

It also addresses a key unanswered question from the original autopsy: whether the crash that didn't deploy the air bag in Greene's car was severe enough to cause a fractured breastbone and ruptured aorta. The new review determined those injuries were most likely the result of CPR and other life-saving efforts by first responders, the person familiar with the findings said.

Still unclear was whether the new autopsy would prompt the Union Parish coroner to change the manner of Greene's death from accidental to homicide, which could affect the charges available to state and federal prosecutors.

Greene's mother, Mona Hardin, said she hopes the new report brings the case closer to justice "so I can put my son to rest," adding that she has yet to bury his cremated remains. "This thing has been so crazy. No one has properly grieved."

The new autopsy report comes as federal prosecutors are in the final stages of a two-year civil rights investigation that began looking into Greene's death but has since expanded to examine the beatings of several other Black motorists and whether top brass obstructed justice to shield troopers from possible prosecution.

Rafael Goyeneche, a former prosecutor who heads the Metropolitan Crime Commission, a New Orleans-based watchdog group, said the new cause of death makes it even more likely prosecutors will bring serious charges. "This yanks the rug from under the defense claim that the accident caused his death and that the beatings weren't that severe," he said.

Louisiana State Police did not immediately respond to a request for comment. A U.S. Justice Department spokesperson declined to speak about an ongoing investigation but added that if the evidence reveals violations of the law, the department will "take all appropriate action."

Green's May 10, 2019, death came after he failed to stop for a traffic violation and led troopers on a midnight chase across northern Louisiana at speeds topping 115 mph, ending along a rural roadside near Monroe. State police initially told Greene's family he died after crashing into a tree, an account the Union Parish coroner committed to writing in an official report, which describes Greene's death as a motor vehicle accident and makes no mention of a confrontation with troopers.

After officials refused for more than two years to release the troopers' body camera video, the AP obtained and published it this spring, showing White troopers converging on Greene before he can even get out of his car, repeatedly stunning and punching him as he appears to surrender and repeatedly wails, "I'm your brother! I'm scared! I'm scared!" A trooper can later be seen dragging the heavyset Greene by his ankle shackles, and he is left prone and face down in the dirt for more than nine minutes before he eventually goes limp.

Yet even after AP published video of Greene's violent arrest, state officials and advocates for the troopers repeated the crash theory, with Gov. John Bel Edwards floating it as recently as September.

"The issue would be did he die from injuries sustained in the accident?" Edwards, a Democrat, said on a radio program. "Obviously, he didn't die in the accident itself because he was still alive when the troopers were engaging with him. But what was the cause of death? I don't know that that was falsely portrayed."

Edwards went on to say troopers' actions were "criminal" but that whether they caused Greene's death was the subject of an investigation and "I'm not going to get in front of that."

A lawyer for the troopers involved in Greene's arrest told a court in July that the crash killed him.

"At trial, defendants will present scientific evidence that Mr. Greene's death was caused by a crash-related blunt force chest trauma resulting in a fractured sternum and ruptured aorta," P. Scott Wolleson wrote in a filing in a civil lawsuit brought by Greene's family.

Greene's was among a dozen cases over the past decade in which an AP investigation found troopers or their bosses ignored or concealed evidence of beatings, deflected blame and impeded efforts to root out misconduct. Dozens of current and former troopers said they occurred in an agency with a culture of impunity, nepotism and in some cases outright racism.

Federal investigators are also examining the actions of police commander, which included pressuring their own detectives to hold off on arresting the trooper who acknowledged hitting Greene in the head with a flashlight and was overheard on his body camera video boasting to a colleague that he "beat the ever-living ---- out of him."

That trooper, Chris Hollingsworth, died last year in a single-vehicle crash hours after he learned he would be fired for his role in the Greene case.

Speaking to investigators shortly before his death, Hollingsworth sought to justify his flashlight strikes on Greene in part because the man "didn't have any apparent injuries" after the crash and "could have done anything once my hold was broke off him.”