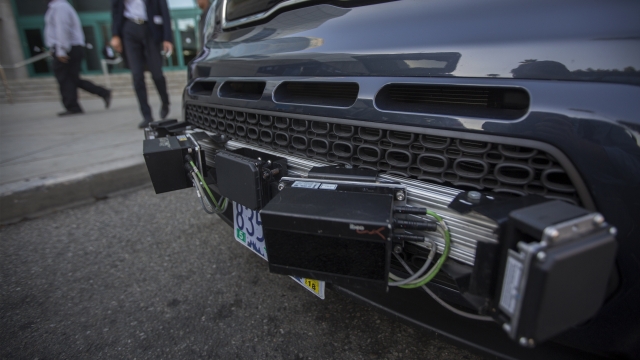 SMS
Driverless Cars Stay In Their Lane — Even If It Means Hitting Potholes
By Evan Thomas
By Evan Thomas
February 3, 2017
Today's autonomous cars aren't smart enough to avoid every pothole. They're also programmed to take the hit instead of endangering other drivers.
SHOW TRANSCRIPT

It's hard for today's driverless cars to see potholes coming. They don't stick out from the road, and cars have a hard time telling them apart from shadows or puddles. Even when the cars do see them, they usually don't drive around them. They just slow down a bit.

That's because a self-driving car's computer controls are programmed to play it very safe — and that means sticking to its lane instead of swerving to avoid things. Taking a hit to the alignment is better than potentially hitting other cars.

But the driverless future doesn't have to come with wrecked struts. Some production cars are already shipping with "pothole detection" that automatically adjusts suspension when a car passes over a big bump. Mercedes' version even uses cameras to see them coming.

And driverless firms are interested in figuring out how to avoid potholes entirely. But teaching an autonomous car where and when it's safe to swerve away from an obstacle is going to take some time.

Until then, some places are making the best of it. Michigan has made its potholes a selling point, hoping to attract firms that want to test their autonomous vehicles under realistic road conditions.