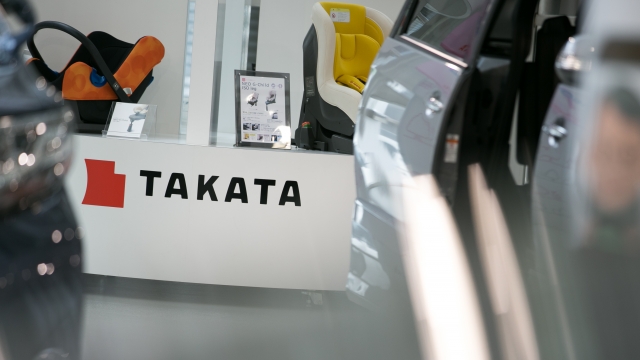 Seven automakers are recalling about 1.7 million vehicles due to faulty air bag inflators produced by the Japanese company Takata Corp. It's one of the largest car recalls in U.S. history.

Subaru, Tesla, BMW, Volkswagen, Daimler Vans, Mercedes and Ferrari are participating in the recall. The bad airbags have the potential to be deadly by hurling shrapnel into drivers and passengers. At least 23 people have died because of the airbags worldwide.

The National Highway Traffic Safety Administration, which is managing the recalls to replace the airbags, has been phasing them in since 2001.

A year ago, more than 50 million inflators in 37 million cars had been recalled. About 10 million more inflators are under recall this year. By the time all of the recalls are complete next year, as many as 70 million airbags will have been replaced.