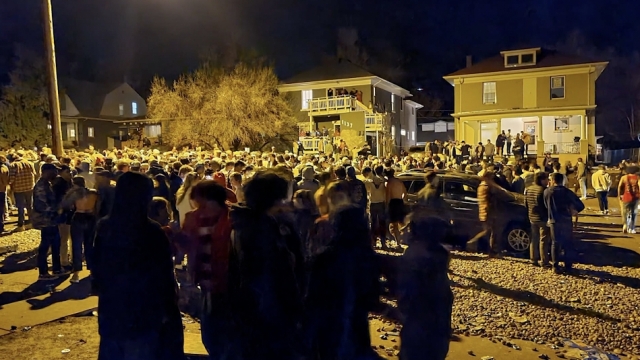 When officers asked a party of 800 people to disperse, they threw objects at officers, shot off fireworks and even flipped over a car.

Three police officers are injured after they were attacked by partygoers near the University of Colorado in Boulder.

Police responded to a party of about 800 people yesterday. When officers told them to leave disperse, the crowd got violent. They threw objects at officers, shot off fireworks and even flipped over a car.

No arrests were made at the scene but officers are reviewing footage from body cameras and witnesses to identify suspects.