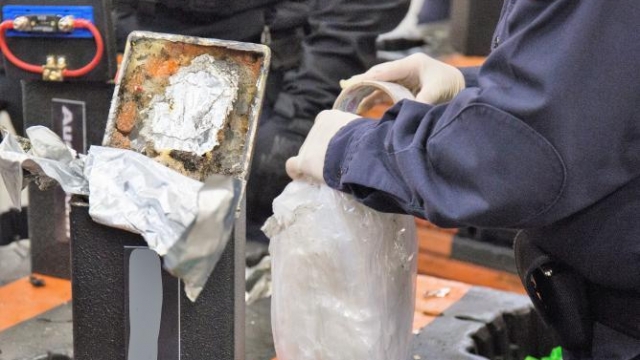 Officials are calling it the largest methamphetamine bust in U.S. history. Authorities seized almost two tons of meth and other narcotics in Southern California on its way to Australia last month.

In a statement, U.S. Customs and Border Protection said officials found more than 3,800 pounds of meth, 55 pounds of cocaine and 11 pounds of heroin inside a shipment that was labeled as loudspeakers at the Los Angeles/Long Beach seaport.

The investigation started after Australian agents notified U.S. Homeland Security agents about the plans of a suspected drug smuggling group from California.

Authorities arrested six people, including two U.S. citizens, in connection to the seizure this week.

If the load had made it to its destination, the Australian Federal Police Department estimates it would have been worth $1.29 billion dollars.