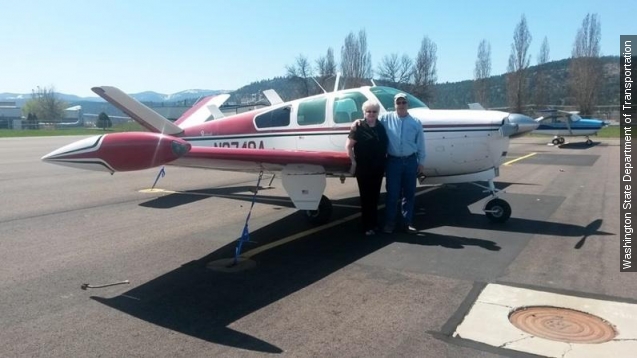 A search will resume Monday for a small plane that left Montana Saturday afternoon, but never reached its destination of Lynden, Washington, a few hours later.

The Washington State Department of Transportation reports the plane was carrying three occupants: Leland and Sharon Bowman and their 16-year-old step-granddaughter, Autumn Veatch.

The WSDOT's Aviation Emergency Services division spent all day Sunday searching for the missing plane, but found nothing.

"It can be very much like a needle in a haystack," the Civil Air Patrol's Lowell Silver told KING.

"From 1,000 feet in the air, even the smallest clue can help in the search," a KING reporter said.

"A flash of light, a speck of white or a color that's not supposed to be there," Silver said.

Monday, search crews will begin following the intended flight plan for the missing plane. The last cell phone signal the WSDOT detected from one of the plane's occupants was near Omak, Washington, more than 200 miles away from Lynden.

This video contains an image from Washington State Department of Transportation.