Deadly Tenn. State Shooting May Have Started Over Dice Game 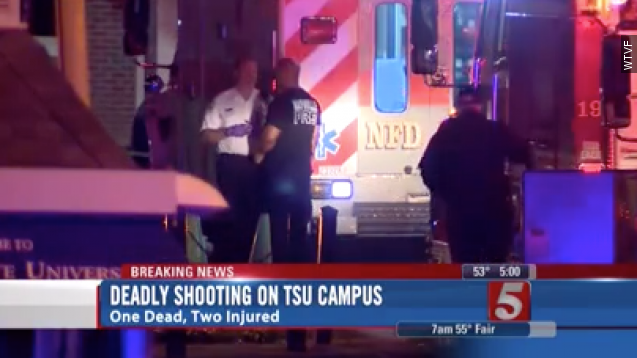 SMS
Deadly Tenn. State Shooting May Have Started Over Dice Game
By Ben Lawson
By Ben Lawson
October 23, 2015
Authorities say one person is dead after a dispute over a late-night dice game ended with gunfire on the Tennessee State University campus.
SHOW TRANSCRIPT

One person is dead and three are injured after a shooting on the Tennessee State University campus Thursday night.

Authorities say a dispute over a dice game led to the shooting on the Nashville campus. The 19-year-old man who was killed was not a student at the school.

The three students injured were all women and simply passing by when the incident occurred. None of the injuries were life threatening.

The school was still on lockdown Friday morning, and classes were canceled as authorities continued to look for the shooter.