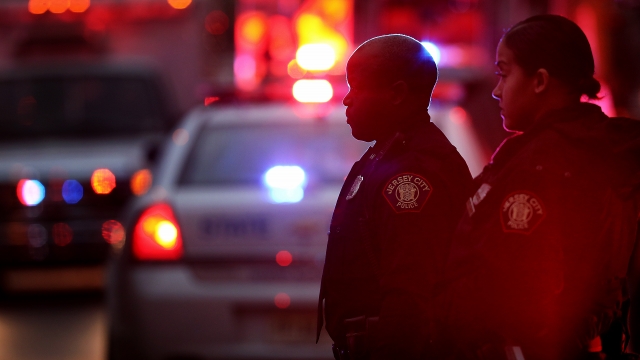 Authorities are investigating a series of shootings in New Jersey that left six people dead, including a police officer.

Officials are still trying to piece together exactly what happened. But here's what they do know: The Tuesday shooting in Jersey City began when Det. Joseph Seals approached a U-haul truck possibly linked to a murder that had happened over the weekend. One of the two suspects inside the truck shot and killed Seals before they drove to a kosher grocery store.

That's where police responded, resulting in a shootout that lasted for hours. It finally ended after authorities announced the two suspects had been killed. Three civilians inside the store also died — two customers and a cashier. And three officers were injured.

"There are days that require us to stop and think about what it means to put on a uniform every day and God knows this is one of those days," New Jersey Gov. Phil Murphy told reporters.

The incident prompted city officials to put schools on lockdown, as well as suspend bus and rail service in the area.

Based on their preliminary findings, authorities believe the suspects specifically targeted the supermarket.