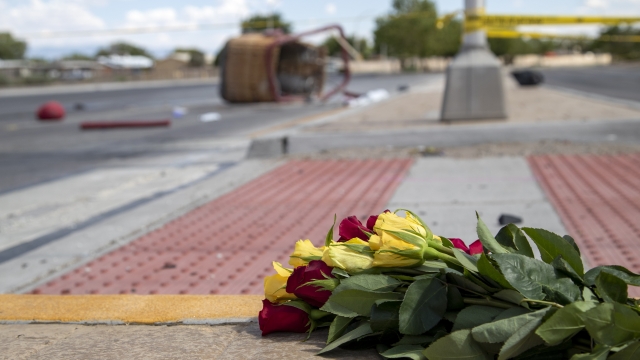 Authorities have released the names of the five people who died after a hot air balloon crashed in Albuquerque, New Mexico.

Mayor Tim Keller said, "We want to offer our condolences to the families."

All were Albuquerque residents: two older couples and the pilot — 62-year-old Nicholas Meleski — who had been licensed to fly balloons since 1994. On Saturday, the basket detached from the balloon after it hit a power line. The basket fell about 100 feet to the median of a busy city street before catching on fire.

Albuquerque Police Department Chief Harold Medina said, "No matter how big we think we are, we're still a tight-knit community and incidents like this affect us all."

According to National Transportation Safety Board data, there have been 12 fatal hot air ballooning accidents in the U.S. since 2008.