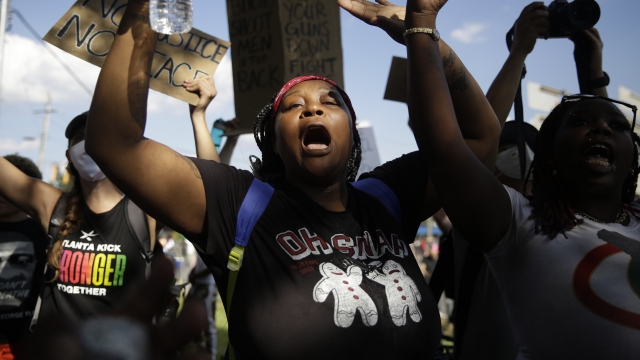 Authorities have finished their investigation into the fatal shooting of Rayshard Brooks.

A spokesperson for the Georgia Bureau of Investigation told reporters Monday the agency turned over its findings to the Atlanta Police Department and a county district attorney.

Brooks was shot and killed by an Atlanta police officer outside of a Wendy's in Atlanta back in June.

That officer — Garrett Rolfe — was fired the day after Brooks' death. He was later charged with 11 counts, including felony murder. Another officer involved was placed on desk duty, and the police chief stepped down.

The investigation won't be made public until the criminal case is wrapped up.