Authorities Aren't Sure Why Lions Are Escaping From A Kenyan Park 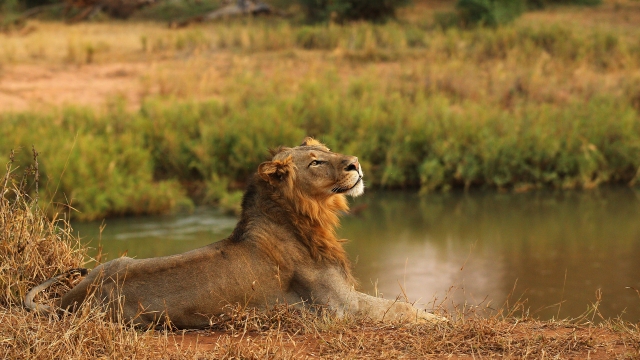 SMS
Authorities Aren't Sure Why Lions Are Escaping From A Kenyan Park
By Ethan Weston
By Ethan Weston
March 19, 2016
For the fourth time in less than a month, a lion has escaped from Nairobi National Park, and officials aren't sure how they're doing it.
SHOW TRANSCRIPT

A man was hospitalized Friday after — for the fourth time in less than a month — a lion escaped from the nearby Nairobi National Park and wandered into downtown Nairobi.

Officials aren't sure how the lions are escaping, but some conservation experts are blaming human encroachment for the big cats' recent trips outside the park.

In 1946 when the park was founded, there were miles of wilderness between the park and most human settlements. Now, the city of Nairobi is right next to it.

The park has an electrified fence where it meets the city, but elsewhere, it's open so animals can follow their traditional migration patterns — and in a lion's case, access natural hunting grounds. But as the city expands, those hunting grounds are shrinking, so lions have to look elsewhere.

A farming community near the park told The New York Times they were afraid to go out at night after escaped lions killed 150 of their sheep.

There are only about 40 lions in the park, and wildlife experts in Kenya say these types of escapes usually end without incident. Of the four recent escapes, this is the only one that lead to an injury.

This video includes clips from Steve Herrera / CC BY 3.0 and National Geographic and images from Getty Images and Jonathan Stonehouse / CC BY 2.0.