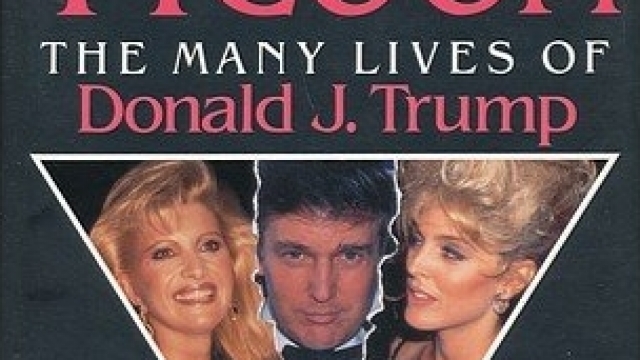 An old book revealed Donald Trump's first wife accused him of rape, and the author says the publisher is claiming it's "too dangerous" to reprint.

A book publisher won't reprint a Donald Trump biography because it's "too dangerous," at least according to its author.

The book, "Lost Tycoon: The Many Lives of Donald J. Trump," revealed Trump's first wife, Ivana, accused him of rape during their divorce proceedings. She later said the claim of rape, made during a sworn deposition, wasn't meant in "criminal" terms.

The book was originally published 23 years ago, but the rape allegation resurfaced in a Daily Beast report last year. Ivana Trump has since told CNN the story "is totally without merit."

Hurt told The Daily Beast, "It's chickens***, since the book has been out for 23 years, and no one has even threatened to sue me."

The editor and lawyer wouldn't comment for that story. Hurt said he bought the rights to the book and released a Kindle version. However, he's still looking for another publisher.

Hurt would certainly benefit financially from a reprint, especially if it came out during the remainder of Trump's campaign.

There appears to be quite a bit of demand for the book. The cheapest used copy on Amazon will set you back about $65.

This video includes a clip from CBS and OWN and images from W. W. Norton & Company and Getty Images. Music provided courtesy of APM Music.