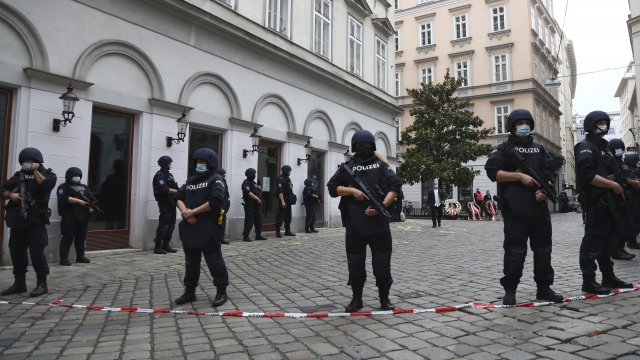 Police in Austria are investigating a deadly shooting. Five people including the attacker are dead.

Austria's chancellor said the shooting has been confirmed as a terror attack.

The shooting happened Monday night in Vienna, a day before a coronavirus lockdown went into effect.

Police say the suspect had an assault rifle and fake suicide vest on.