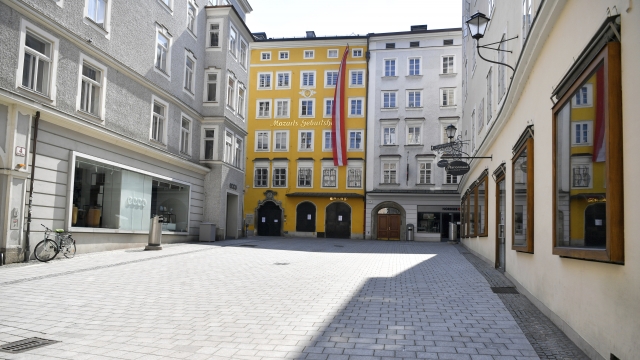 Austria and Denmark are the first European nations to announce plans to scale back coronavirus lockdowns and begin reopening businesses.

The two countries shared concrete plans to slowly alleviate restrictions in stages. But that doesn't mean life will immediately return to normal.

Strict rules regarding social distancing and the number of people allowed in establishments will remain in place. But in Austria, small nonessential shops are due to reopen on April 14, and larger businesses will follow on May 1. Officials say other places like restaurants and schools could open their doors as early as May.

As for Denmark, the intention is to reopen day care facilities and schools on April 15, while all other restrictions such as gatherings of no more than 10 people will remain in place until May.

Officials from both countries credit their early response to the outbreak as they began lockdowns before other neighboring countries.

Austria and Denmark imposed nationwide stay-at-home orders in mid-March and are now seeing a decrease in the spread of the virus, easing pressure on hospitals and health officials.

Many other European countries have also begun discussing similar measures to return to life as it was. For Newsy, I'm Gage Jackson.