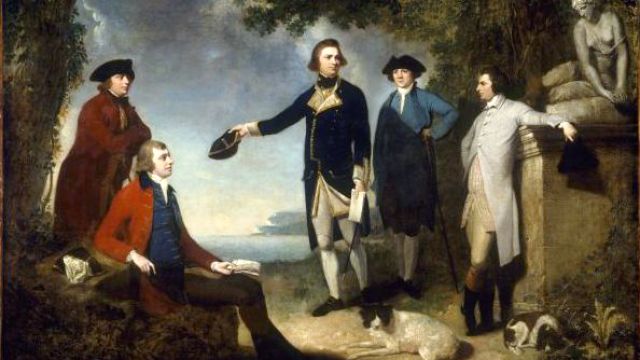 SMS
Australian University Says British Colonists 'Invaded' Country
By Ben Lawson
By Ben Lawson
March 30, 2016
An Australian university has created a stir after asking students to refer to the arrival of British colonists as an "invasion."
SHOW TRANSCRIPT

An Australian university is being accused of trying to rewrite history by encouraging students to refer to the arrival of British colonists as an "invasion."

A terminology guide from the University of New South Wales says "Australia was not settled peacefully, it was invaded, occupied and colonised."

It also tells students to use terms like "Indigenous Australian peoples" or "Torres Strait Islander peoples" to describe the groups that were there when the British arrived.

The guidelines have created a stir in Australia, with one radio show host saying they "divide society" and another saying the school shouldn't try to "restrict the thinking of university students."

Although not everyone agreed, such as model and TV presenter Jesinta Campbell.

"When you look at our Australian history, it is written from the perspective of a white man, so of course, from white people, we see that Australia was settled. But from our indigenous people's perspective, it probably was invaded," said Campbell.

Australia has been in this sort of discussion for a while. Recently, groups protested Australia Day, saying the national holiday actually marks the invasion of the country.

This video includes a clip from University of North South Wales and images from John Hamilton Mortimer, Hai Linh Truong / CC By 2.0 and Getty Images.