Australia Gets Its Sixth New Prime Minister In 11 Years 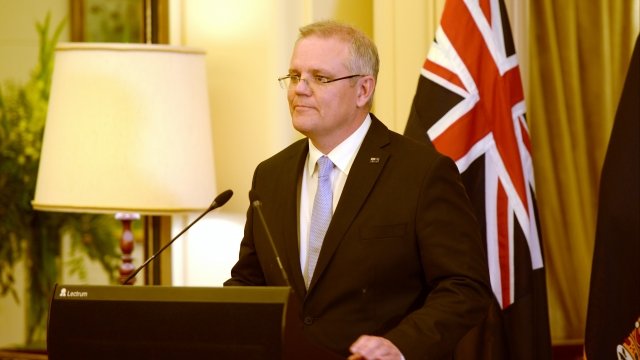 Australia's got a new prime minister — its sixth in a little over a decade.

Scott Morrison — who'd previously been Australia's treasurer — was sworn in as prime minister Friday after winning a leadership contest earlier in the day.

He beat out former home affairs minister Peter Dutton in a closed-door vote.

Dutton unsuccessfully attempted to oust Turnbull on Tuesday, following a dispute over a climate change bill. But Turnbull resigned Friday after a majority of lawmakers in his Liberal Party said they didn't support his leadership. That decision prompted Friday's vote.

It might seem like a head-spinning turn of events — but Australian lawmakers have used this tactic of swapping in different leaders for years now. In fact, not one of the country's prime ministers who've served in the last 10 years have successfully finished out their first term before being forced out by their own party.