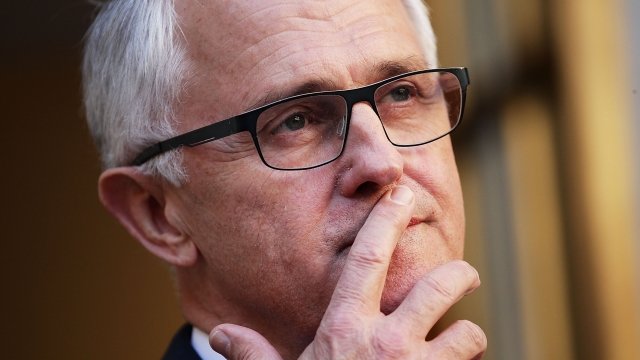 Malcolm Turnbull was ousted as the country's prime minister last week. One local outlet reports Turnbull said that "former prime ministers are best out of parliament not in it."

Australia has had six prime ministers in just over a decade. Not one of them has successfully finished their first term before being forced out by their own party.

Turnbull said on Monday said he'll resign at the end of the week.

Without Turnbull in Australia's House of Representatives, Prime Minister Scott Morrison's Liberal Party will lose its one-seat majority. An election will be held to fill the vacant seat.