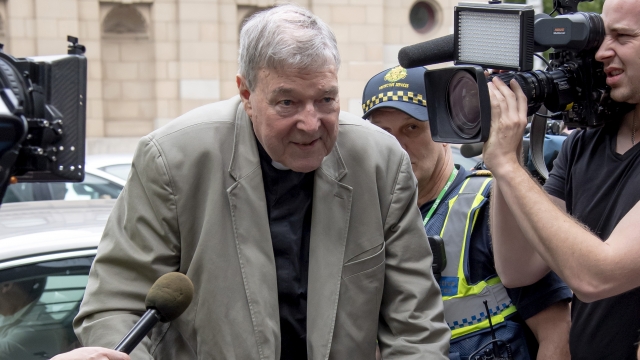 Pell is currently serving a six-year prison sentence after he was found guilty of abusing two boys in the late '90s. A jury found him guilty in 2019.

After losing his appeal in an Australian appeals court last year, Pell is now making a last-ditch effort to have his conviction overturned by the High Court of Australia.

But after two days of legal arguments, the judges still haven't decided whether they'll allow Pell to appeal.

If the court ultimately grants him leave to do so, then the court will move forward and decide whether to acquit or uphold his conviction. The judges could also send the case back down to a lower court.

Pell, who is the Vatican's former treasurer, has long maintained his innocence. He's the highest-ranking figure within the Catholic Church to be convicted of child sex abuse.