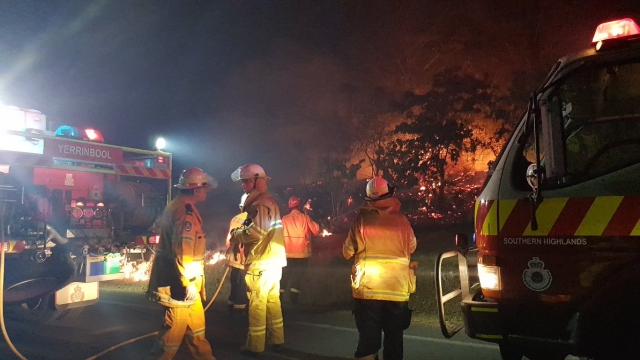 Australia's New South Wales is officially in the clear for bushfires after more than 240 days of battling the blazes.

Authorities announced Monday that there were currently no active fires in New South Wales, which was the hardest-hit state in Australia. Firefighters had been battling more than a hundred bushfires since July.

More than 42,000 square miles of land were burned, 3,000 homes destroyed and at least 28 people, including 3 firefighters, were killed.

Heavy rain helped fire crews to contain and put out dozens of the remaining fires over the last month. But as NPR reports, the state on the east coast of Australia isn't out of the clear yet. The recent rainfall has caused flash flooding and left many people without power.