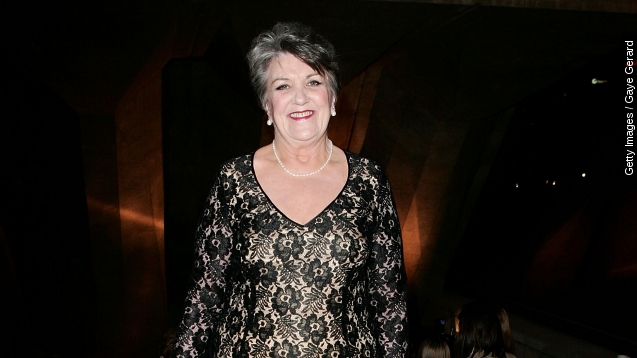 The Guardian reports the Victoria Police Department charged the 74-year-old actress "with two counts of indecent assault and one of gross indecency with a person under 16 years." The alleged incident reportedly took place during the 1980s. (Video via Nine Network)

Kirkpatrick is best known for role on the soap opera "Prisoner: Cell Block H," which aired from 1982-1986.

The charges come after ABC Australia reported in June that The Royal Commission into Institutional Responses to Child Sexual Abuse was investigating the country's entertainment industry and urging anyone who had experienced or had information on child sexual abuse to come forward.

Kirkpatrick is denying the charges, telling the Herald Sun, "I need to go to court to have this ridiculous situation squashed."

The case will be tried in a court in Melbourne on August 19.