Australia Commits About $379M To Help Save The Great Barrier Reef 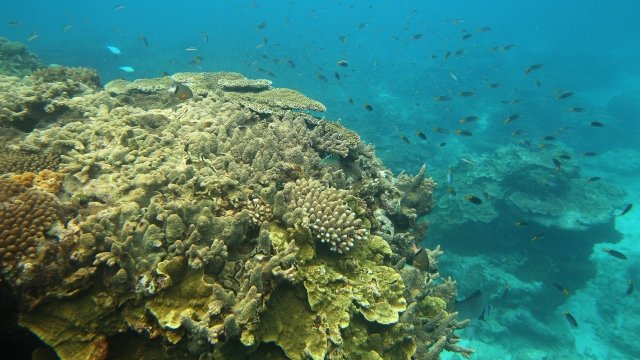 Australia will spend about $379 million to help save the Great Barrier Reef.

Several Australian government officials said in a joint statement that the money will help improve water quality, restore the reef and tackle the coral-eating starfish problem.

According to the statement, the Great Barrier Reef brings in about $4.9 billion a year to the Queensland and Australian economies and provides about 64,000 jobs.

The reef has been in danger for years. As Newsy previously reported, climate change is making the oceans less hospitable for coral, and the Great Barrier Reef is showing signs of dying.

Australia says its $379 million investment is the largest ever single investment to protect the reef.

The statement said: "It is an investment not only in the future of the Great Barrier Reef, but also in Australian jobs and our economy through the tourists the Reef attracts every year."