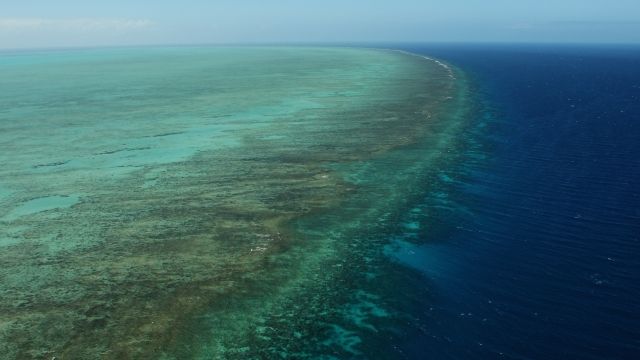 SMS
Australia Is Going To Spend A Lot Of Money On The Great Barrier Reef
By Lindsey Pulse
By Lindsey Pulse
December 2, 2016
The Australian government will spend about $1.3 billion over the next five years to protect the famous reef.
SHOW TRANSCRIPT

The Australian government is about to spend a lot of money on the Great Barrier Reef: about $1.3 billion over the next five years.

The money, which will be used for protection efforts, was detailed in a report the government released to the United Nation's World Heritage Committee.

The report comes in response to the committee almost putting the reef on its "in danger" list — and that doesn't make Australia look good.

So, at the request of the committee, the government put together a project to improve the reef's health over the next few decades.

But the reef's health is in a lot of trouble right now. Earlier this week, it was announced the reef had suffered the biggest coral die-off ever recorded. Experts say stress from rising water temperatures and human-caused climate change are to blame.

Still, the government hopes the money pledged will be enough to keep the reef off the committee's list.