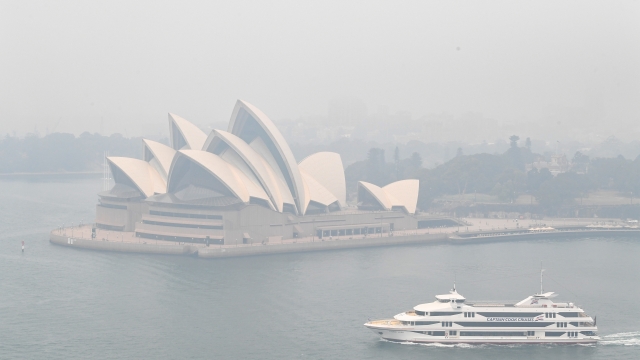 SMS
Australia Sets Record For Its Hottest National Average Temperature
By LeeAnne Lowry
By LeeAnne Lowry
December 18, 2019
There are a number of reasons for the heatwave, but experts say the most dominant one is the strong Indian Ocean dipole.
SHOW TRANSCRIPT

Australia set a record for its hottest day ever on Tuesday, with the national average temperature reaching 105.6 degrees Fahrenheit. That's about a degree higher than the previous record, set in January 2013.

While some parts of the country are expected to cool by the end of the week, some areas are forecast see even hotter temperatures. New South Wales, which has been ravaged by bush fires for over a month, is expected to reach its peak temperature Saturday.

Climatologist Dr. Blair Trewin said in a media release that there are a number of reasons for the heatwave, but the most dominant one is the strong Indian Ocean dipole. That refers to a difference in temperature in the west and east Indian Ocean, which can shift moisture either towards or away from Australia.

Trewin said, "We've got very, very low soil moisture over a lot of the continent. It's on track to be one of the driest years on record for Australia so you don't have any soil moisture or air moisture to moderate the heat and it just contributes further to making the situation even more extreme."