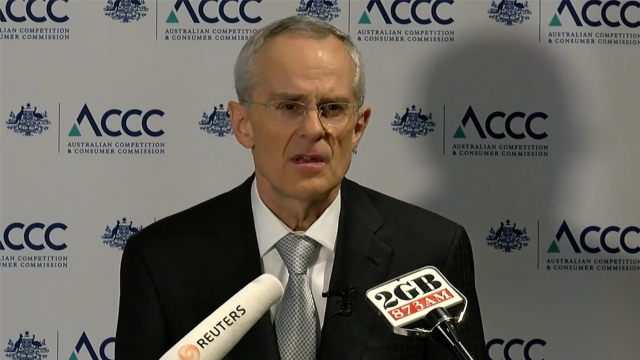 SMS
Australian Watchdog Releases Suggestions To Regulate Tech Giants
By LeeAnne Lowry
By LeeAnne Lowry
July 28, 2019
The watchdog said it's particularly concerned that consumers don't realize how much of their data is being collected.
SHOW TRANSCRIPT

An Australian consumer watchdog released a report Friday with 23 recommendations for regulating tech giants. One of the suggestions pushes Australia to establish the world's first dedicated office to police Facebook and Google algorithms.

A representative from The Australian Competition and Consumer Commission told reporters, "We are particularly concerned that consumers do not realize how much their data is collected and what is done with it."

The report was commissioned in 2017 to consider the impact of digital platforms on competition. One of the other recommended changes involves a penalty of up to 10% of annual domestic turnover if the company misuses data.

Last week, Facebook and the U.S. Federal Trade Commission agreed to a $5 billion settlement over the social media company's privacy practices. It's the largest penalty ever given in a U.S. privacy case. Australia's treasurer said that settlement is a sign that regulators are starting to take issues involving media companies seriously.