Australia PM Takes A Cue From Trump Ahead Of Local Election 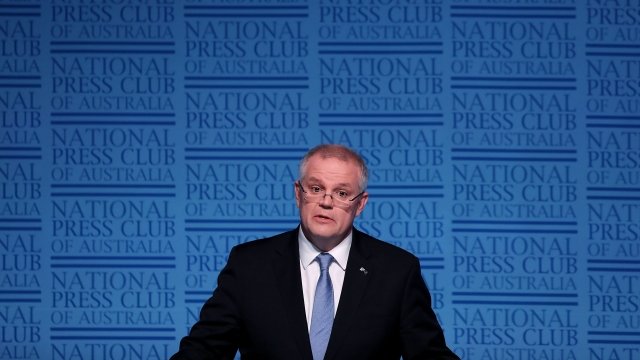 By Andrea Gonzales
October 16, 2018
Scott Morrison made an unexpected announcement that he's open to moving the country's embassy in Israel from Tel Aviv to Jerusalem.
SHOW TRANSCRIPT

Morrison made an unexpected announcement that he's open to moving the country's embassy in Israel from Tel Aviv to Jerusalem. The move would break with the country's longstanding policy on Israeli-Palestinian relations.

"Now, in relation to our diplomatic presence in Israel, what I have simply said is this: We are committed to a two-state solution," Scott Morrison said.

The Guardian reports Morrison is also considering reviewing Australia's role in the Iran nuclear deal. In May, Trump decided to pull the U.S. out of the 2015 agreement because it didn't address the country's ballistic missile program or its support for armed groups in places like Yemen or Syria.

All of this comes before a Saturday election where the Jewish population is about 12 percent. Opposition Senator Penny Wong accused Morrison of using important foreign policy issues in an inappropriate attempt to win votes.