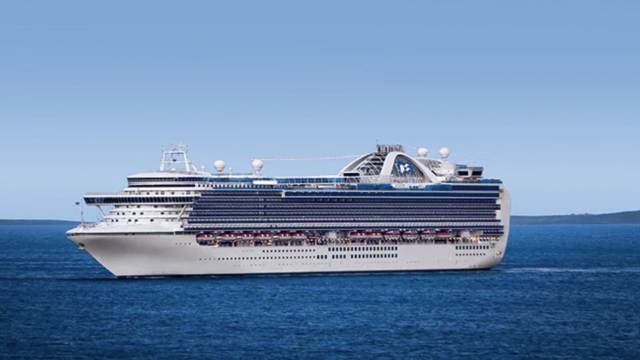 By Katherine Biek
April 6, 2020
Authorities are looking into whether cruise ship staff misled Australian health officials about a coronavirus outbreak on board the ship.
SHOW TRANSCRIPT

Police in Australia have launched a criminal investigation into the Ruby Princess cruise ship.

Authorities are looking into whether cruise ship staff misled Australian health officials about a coronavirus outbreak on board before nearly 3,000 passengers were allowed to disembark in Sydney on March 19.

Police say they were told at the time that some people on board were suffering from flu-like symptoms. But they say operations managers for the ship's parent company, Carnival Australia, assured them that COVID-19 was "not an issue."

Since then, more than 600 passengers and crew members have tested positive for coronavirus. That accounts for roughly 10% of all of Australia's confirmed cases.

Australia's prime minister imposed a 30-day ban on all cruise ship arrivals in mid-March to slow the spread of the coronavirus. Because the Ruby Princess was already en route to Sydney from New Zealand, authorities determined it to be "low risk" and allowed it to dock. Everyone on board was told to self-isolate for 14 days upon leaving the ship.

"There seems to be absolute discrepancies between the information provided by Carnival and what I would see as the benchmark for the laws that the Federal Government and the State Government put in place in terms of protecting Australians from cruise ships when coronavirus had started. ... The only way I can get to the bottom of whether our national biosecurity laws and our state laws were broken is through a criminal investigation," New South Wales Police Commissioner Mick Fuller told reporters.

A spokesman for Carnival Australia told news outlets it plans to cooperate with the investigation.