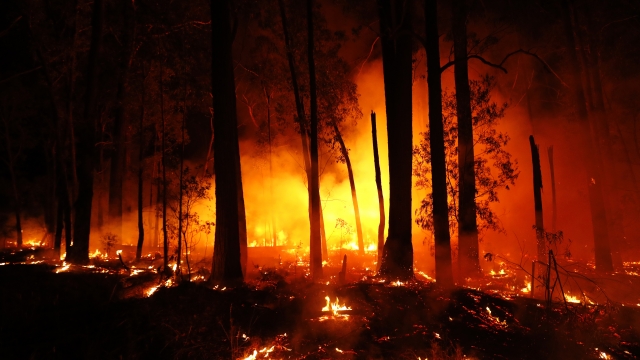 Roughly 100,000 residents in the Australian state of Victoria are being urged to evacuate their homes as more than 100 fires continue to burn along the country's east coast.

Those flames are being fueled by a severe drought, strong winds and high temperatures. With the weather expected to get even hotter over the weekend, officials in Victoria have declared a state of disaster for parts of the region.

A state of emergency is already in effect in neighboring New South Wales. Both declarations give the state governments power to forcibly evacuate residents and close roads.

The Australian military has been using boats and helicopters to help evacuate tourists and residents who have become trapped by the fires.

The BBC reports at least 20 people have died, including civilians and firefighters, since the fire season began back in September. At least 13 million acres of land have been scorched in the process.