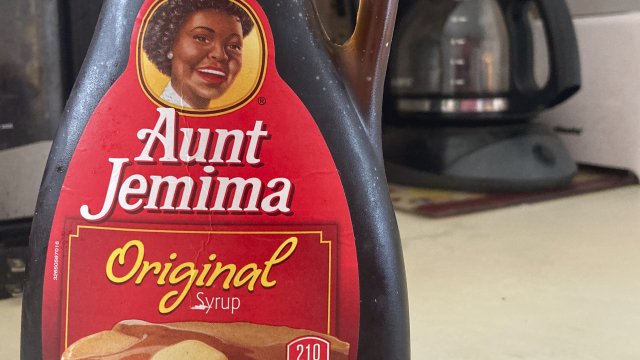 SMS
Aunt Jemima Brand To Change Name Amid Growing Backlash
By Meg Hilling
By Meg Hilling
June 17, 2020
Quaker Foods says the Aunt Jemima name is based on a racial stereotype and that it will be coming out with a new brand later.
SHOW TRANSCRIPT

The Aunt Jemima breakfast brand is getting a new name and image according to its parent company Quaker Foods.

The decision comes amid growing pressure from consumers and activists for companies to take a stand against racial injustice.

An official for Quaker Foods says the Aunt Jemima name is based on a racial stereotype and that it is also re-examining all its brands.

Other companies are making similar moves. Land O’Lakes announced earlier this year that it will no longer be using the Native American woman on its packaging. The company of the rice product brand, Uncle Ben's, which uses a Black man in a bow tie on its packaging, says it is “evolving” its imagery and brand identity.

Quaker says it will start carrying the new brand this fall and a new name will be announced later.