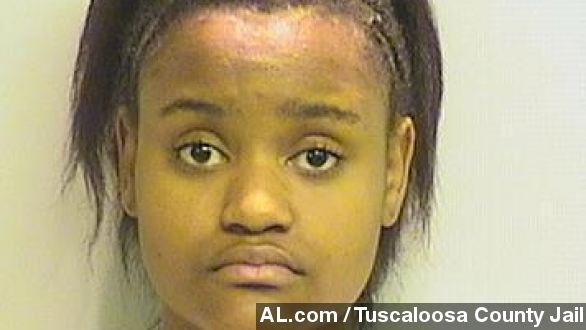 By Briana Koeneman
June 12, 2014
An Alabama woman made a fake Facebook profile to teach her niece about online safety. But police say she discovered the teen was plotting to kill her.
SHOW TRANSCRIPT

An Alabama teen is behind bars after asking someone she met online to kill her family — and it was one of her planned victims, her aunt, who discovered the scheme and turned her in.

"Authorities charged 19-year-old Marissa Williams with solicitation of murder. Investigators say Williams asked a man she met on Facebook to come and take her away and kill her aunt if she got in the way." (Via WVTM)

According to WIAT, court records filed Tuesday say Williams had been living at her aunt's Fosters, Alabama, home since April.

But AL.com reports problems started when Williams began inviting random men she met on Facebook over to the house.

So, in an attempt to teach her niece about the dangers of talking to strangers online, police say Williams' aunt created a fake Facebook account with the name "Tre Topdog Ellis" and friended Williams. (Via WBMA)

According to court documents, on the first day they spoke online, Williams gave the fictional boy her address and phone number and asked him to come over and drink with her. She even promised to have sex with him if he paid her $50 phone bill. (Via Tuscaloosa County Jail)

But things got even worse once Williams began talking to "Tre" about her frustrations with her aunt.

"Authorities say Williams asked her new Facebook friend to shoot her aunt, her aunt's fiance, her cousin and the dogs. Court document show Williams even explained how to do it all." (Via WPMI)

According to AL.com, once Williams' aunt read what her niece was plotting, she called police for help. When investigators arrived at the house, police say Williams admitted to the plan but said she never really meant to have anyone killed.

Despite that apology, Williams was arrested and taken to the county jail, where she remained Thursday. Her bond is set at $30,000.