AUMF: The Sometimes Blurry Permission Slip For US Military Action 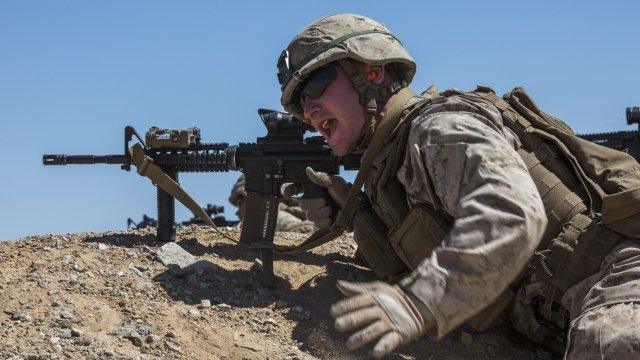 AUMF. It sounds like a cuss word or a typo. It's not. Those four little letters represent the immense power to decide the fate of nations and millions of Americans.

AUMF stands for Authorization for Use of Military Force. The authorization comes from Congress and clears the way for the president to use the military for a defined mission. Just how specific — or how defined — has become fuzzier over the years.

It is important to note that an AUMF is not a declaration of war. The United States has declared war only 11 times since 1789, and not once since World War II. That's where AUMFs come in. Military engagements approved by Congress since the Vietnam War fall under the provisions of the War Powers Act of 1973.

That act was passed — over President Richard Nixon's veto — to guarantee "the collective judgment of both the Congress and the President will apply" whenever American armed forces are deployed. In short, Congress wanted a say-so as to when troops are sent into combat and for how long. 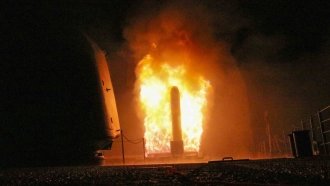 The act also stipulated the president must notify Congress within 48 hours when troops are sent into action and that the action must end after 60 days unless Congress passes a declaration of war or authorization of force.

Here are some examples of AUMFs in the past (they're nothing new, and they're not always used):

— Congress gave President George Washington approval to protect American ships against the French in 1789 and President Thomas Jefferson authority to fight the Tripoli navy in 1802.

— It's worth noting that President Harry Truman did not request congressional authorization for the Korean War but justified it based on a U.N. resolution.

—The Vietnam War was based on a 1964 AUMF. The vague language authorized President Lyndon B. Johnson "to promote the maintenance of international peace and security in southeast Asia."

— President George H.W. Bush took the position in '90 and '91 that he did not need an AUMF to carry out U.N. resolutions authorizing "all necessary means" to eject Iraq from Kuwait. However, he did ask for congressional "support" of operations in the Persian Gulf. Congress passed, and Bush signed, a law authorizing him to use force against Iraq if he reported that diplomacy had failed.

—The most recent AUMFs were passed in 2001 and 2002, and they're still active today. The 2001 measure was the more sweeping in scope. It authorized President George W. Bush — in just 60 words — to go after those behind the Sept. 11 attacks. The 2002 measure authorized him to use force against Iraq.

Here's what's interesting about the 2001 AUMF: The government said in 2016 it had been used 37 times to justify military action, 18 times during the Bush administration and 19 during the Obama administration.

This included deployments in Afghanistan, Yemen, Kenya, Niger, Iraq, Somalia and Syria. The number does not include the two missile attacks President Donald Trump has ordered in Syria, but they, too, fall under the 2001 AUMF.

Almost two decades later, some in Congress, like Sen. Rand Paul, are demanding a new authorization. Others don't want to get their hands dirty just in case the mission goes south or gets dragged out for decades with their signatures permanently attached.