Why The Masters Might Be The Weirdest Sporting Event In America 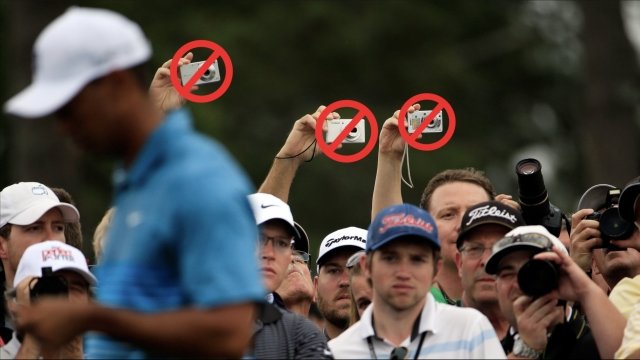 SMS
Why The Masters Might Be The Weirdest Sporting Event In America
By Carter Woodiel
By Carter Woodiel
April 4, 2018
No cellphones, no backward hats, virtually no available tickets. But that's just how Augusta rolls.
SHOW TRANSCRIPT

There's nothing quite like the Masters golf tournament. It's known for its history and prestige, of course, but it's not just that. The tournament also has its own set of eccentricities you're not going to find pretty much anywhere else.

The Masters is hosted at Augusta National Golf Club in Georgia. Augusta is a club that likes to do things its own way and is used to taking criticism — like how the club didn't have a female member until 2012 despite years of protests.

But this attitude extends far beyond that into issues many sports fans might think are trivial. It's part of what makes the Masters one of the weirdest sporting events in America.

For example, Augusta is really serious about not distracting the golfers. So unlike other tournaments, no cellphones are allowed on the course during the Masters — not even if they're turned off.

This means that the thousands of fans at this year's tournament have to use pay phones if they want to make a call. Pay phones! In 2018! 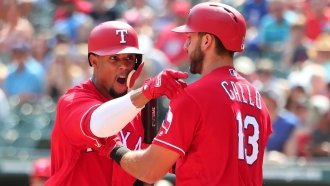 Even the things fans shout at golfers are regulated. One report said the club has a list of phrases this year that will get a fan kicked out of Augusta National. It reportedly includes a slogan for a certain beer company.

Yep, it's "dilly dilly" from those Bud Light ads.

Even the way fans get into the Masters is unusual. Despite being one of the hottest tickets in all of sports, Augusta doesn't really sell tickets. It just distributes badges to people for a relatively small fee. Those carry over for future tournaments, like a season ticket for a football team.

Those have been sold out for decades — you can't even get on the waiting list now. The only way to get tickets is to buy them from a secondary source like StubHub, which Augusta really doesn't like, or win a yearly lottery for the badges people give up.

Even on TV, the particular preferences of the golf club are apparent. You'll notice how the announcers refer to the fans as "patrons," because that's the term Augusta likes to use. The club once banned a TV analyst for six years for calling the fans a "mob."