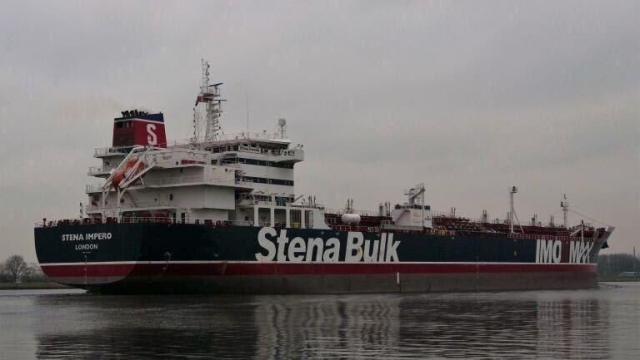 An audio recording was released Sunday of what is believed to be a British naval officer talking to Iranian naval authorities just moments before Iran seized a British tanker.

The radio exchange was released by maritime security risk firm Dryad Global and confirmed by the U.K. Ministry of Defense. The Iranian officers can be heard telling the British Royal Navy that it wants to give the tanker, named Stena Impero, a security inspection and orders it to change course. The British officer insists the Stena Impero is allowed to sail through under international law.

The officer said, "I reiterate, as you are conducting transit passage in a recognized international strait, under international law your passage must not be impaired, impeded, obstructed or hampered."

Iran's Islamic Revolutionary Guard Corps first reported it had captured a British-flagged vessel. The guard said in a statement that the tanker was confiscated "for failing to respect international maritime rules."

Iran's state run news agency says the tanker was using an exit lane to enter the Strait of Hormuz and almost collided with other vessels as a result.