Audi's CEO Arrested In Germany Over Concerns Of Evidence Suppression 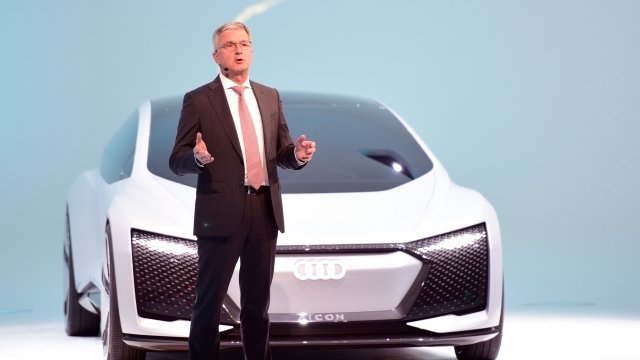 Munich prosecutors reportedly said they detained Stadler over concerns he would suppress evidence related to the scandal. A spokesman with Volkswagen Group — Audi's parent company — confirmed Stadler was taken into custody Monday morning.

Stadler's arrest comes days after German prosecutors slapped Volkswagen with a $1.2 billion fine after the company tried to trick emissions detectors with so-called "defeat devices." Those devices make it seem like an engine runs cleaner during emissions tests than they actually do on the road.

In early May, Volkswagen's former CEO was charged in the U.S. in relation to the scandal. He's denied any wrongdoing.

Also in early May, German officials said they were looking into Audi under the suspicion that the company was installing illegal emissions software into some of its diesel engines.