Attorneys General Demand An End To Separation Of Immigrant Families 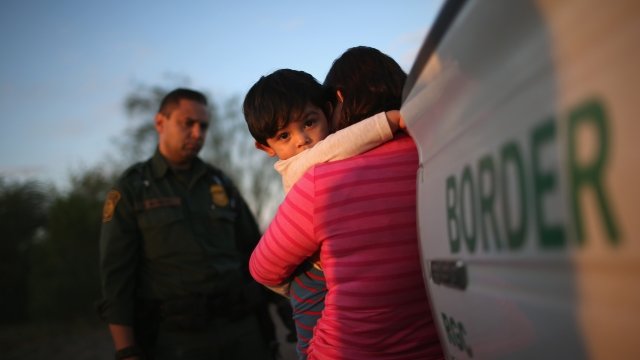 SMS
Attorneys General Demand An End To Separation Of Immigrant Families
By Caitlin Baldwin
By Caitlin Baldwin
June 19, 2018
Twenty-one attorneys general are demanding an end to the immigration practice that separates children from their families at the border.
SHOW TRANSCRIPT

Nearly two dozen Democratic attorneys general are demanding that the Trump administration put an end to a policy that separates migrant children from their guardians at the border.

New Mexico Attorney General Hector Balderas and attorneys general from 20 other states penned the letter to Homeland Security Secretary Kirstjen Nielsen and U.S. Attorney General Jeff Sessions. In it, they call the Justice Department's "zero-tolerance" policy inhumane, a violation of the Constitution and a violation of children's rights.

The letter says the policy would be "illegal under most state laws" and claims it directly interferes with the jobs of local, national and international law enforcement officials. The coalition of attorneys general says the practice "must be stopped."

A bipartisan group of 75 former U.S. attorneys are also calling on Sessions to put an end to the practice. In an open letter, the group condemns the Trump administration's policy, saying, "We know that none of these consequences  —  nor the policy itself  —  is required by law."

The White House says the crisis at the border is due to loopholes in the immigration system and has called on Congress to close them.