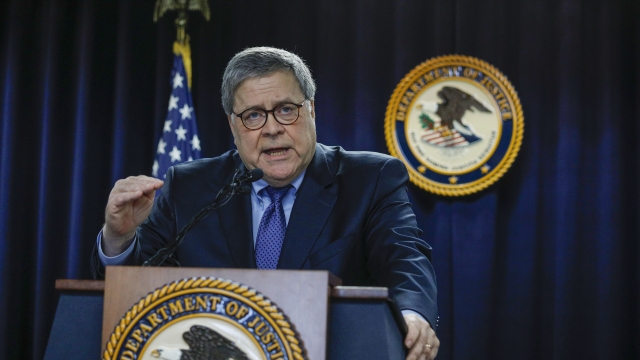 Former Trump campaign aide Carter Page's wiretap has led to concerns among lawmakers that any American could be surveilled without a fair process.

Attorney General William Barr on Wednesday defended the Foreign Intelligence Surveillance Act as a "critical tool," in response to calls from Republican senators for the FISA court to be shut down unless there's large-scale reform.

Calls for FISA reform spurred from the release of a watchdog report earlier this month on the beginning of the FBI's Russia investigation. The report revealed serious errors and omissions in the bureau's FISA requests to monitor former Trump campaign aide Carter Page.

Page's wiretap has led to concerns among lawmakers that any American could be spied on without a fair process. U.S. Sen. Mike Lee asserted FISA law as it is will be abused by the government, saying "it's not a question of if, but it's when and how soon will government officials get caught doing it."

In a public order filed Tuesday, the typically secretive FISA court criticized the FBI and gave the bureau until Jan. 10 to explain what it plans to do to make sure those mistakes don't happen again.